This month, the Higher Institute of Maritime Economy (ISEMAR) dwells on the great German port of Hamburg. Eclipsed by the time a Benelux ports, Hamburg reconquered, over the years, a prominent place in the north European port complex. 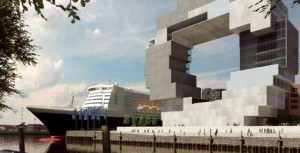 The reopening of the economies of Eastern Europe and trade growth have made China forge ahead Hamburg, more than any other European port, since the beginning of the decade. Now the third mainland port, Hamburg faces the future with ambition, even as the boundaries are emerging (draft on the Elbe, a maximum of Wilhelmshaven, intermodal battle).

Beyond the port, Hamburg is one of the major sites of international shipping with its arms and its financial institutions. Thus, the old Hanseatic city has managed to preserve the two pillars of its identity and its economy, a port of hemispheric and a place of business global.